Home » did you know » Diamond facts

A diamond is the hardest natural substance on earth, but if it is placed in an oven and the temperature is raised to about 763 degrees Celsius (1405 degrees Fahrenheit), it will simply vanish, without even ash remaining. Only a little carbon dioxide will have been released.

A diamond is 58 times harder than the next hardest mineral on earth, corundum, from which rubies and sapphires are formed. It was only during the 15th century that it was discovered that the only way to cut diamonds was with other diamonds. Yet, diamonds are brittle. If hit hard with a hammer, a diamond will shatter or splinter.

The largest diamond on Earth

The world’s largest non-carbonado diamond was the Cullinan, found in South Africa in 1905. It weighed 3,106.75 carats uncut. It was cut into the Great Star of Africa, weighing 530.2 carats, the Lesser Star of Africa, which weighs 317.40 carats, and 104 other diamonds of nearly flawless color and clarity. They now form part of the British crown jewels.

The Cullinan was three times the size of either of the next largest diamonds, the Lesedi La Rona (1111 carat – discovered in Botswana in 2015) and the Excelsior (970 carat – discover in South Africa in 1893). 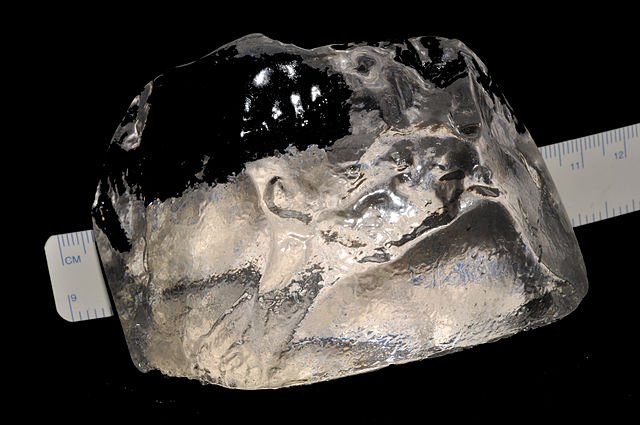 The world’s largest documented polished diamond – unearthed in 1986, also in South Africa – is the Unnamed Brown called the Golden Jubilee Diamond. It weighs 545.67 carats and was cut down from a 755.5 carat rough diamond. It took an international team of expert cutters 3 years to complete the masterpiece. It is owned by the king of Thailand. 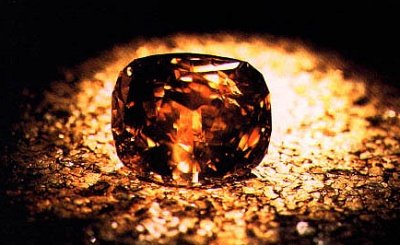 Another impressive diamond that also took 3 years to cut, and also is part of the British crown jewels, is the Centenary Diamond. It weighs 273.85 carats and is the world’s largest flawless diamond.

The largest rough diamond ever found on earth is the Carbonado do Sergio, discovered in Brazil in 1895. As its name states, it is a carbonado, a “black” diamond of meteoritic origin. It weighed 3,167 carats.

Biggest diamond in the universe

The biggest diamond in the entire universe is thought to be Lucy, a crystallized white dwarf star, a star consisting of diamonds. It’s weight is 10 billion trillion trillion carat. Named after the Beatles song, Lucy in the Sky with Diamonds, it is technically known as BPM 37093. 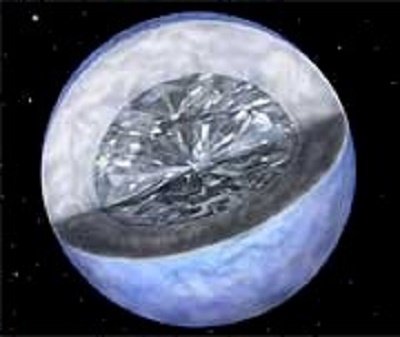 Not all diamonds are white. Impurities lend diamonds a shade of blue, red, orange, yellow, green and even black.

Vivid blue, green and pink mined diamonds are the rarest. They are not the rarest gemstones, however. That title goes to a pure red ruby. Diamonds actually are found in abundance; thousands are mined every year. 80% of them are not suitable for jewelery – they are used in industry or in cheap rings.

Late in the 19th century, Scottish scientist James Ballantyne Hannay mixed lithium with bone oil and paraffin, sealed it in iron tubes and heated it to red hot. He claimed, in 1879, the resultant stones were diamonds. They were stored away and only many years later they were found to be diamonds, albeit synthetic.

In 1892, Henri Moissan theorized that diamonds could be synthesized by crystallizing carbon under pressure.

Today, simulated and synthetic diamonds is big business, outselling mined diamonds by far. Sometimes called cubic zirconia and simulated moissanite, they are categorized and evaluated with the same grading scale process as mined diamonds but sell for much less.

Simulated moissanite is a diamond simulant with similar thermal characteristics to mined diamonds and most people, even so-called experts, can’t tell them apart.

Update by comment contributor: In the jewelry trade there is a difference between ‘synthetic’ and ‘simulated’. Simulated is any item made of a completely different chemical composition created to have similar visual characteristics as a natural gemstone. Synthetic is not naturally mined, laboratory created, and having the same chemical composition as a natural product. Therefore, cubic zirconia and moissanite are simulated diamonds and not synthetic. It is considered unethical to sell a cubic zirconia as a synthetic diamond.

A diamond carat differs from a gold carat. The gold carat indicates purity – pure gold being 24 carats. One diamond carat, for mined or synthetics diamonds, is 200 milligrams (0.007055 oz). The word carat derives from the carob bean. Gem dealers used to balance their scales with carob beans because these beans all have same weight.

The tradition of a diamond engagement ring started in 1477 when Archduke Maximillian of Austria gave a diamond ring to Mary of Burgundy. The modern tradition is the result of a clever advertising campaign designed by N.W.Ayer in the 1940s, a marketing gimmick still used today. The fact is that most diamonds have little resale or investment value.

Diamonds also cause the death of millions of innocent people. See Conflict Diamonds.