The very first bomb that the Allies dropped on Berlin in World War II killed the only elephant in the Berlin Zoo, it is said. The NATO attack on Serbia in 1999 (the Kosovo war) killed more animals than people.

“Smart” weapons, such the Tomahawk missile is supposed to hit a postage stamp at 300km or more (200 miles or more). But only two out of thirteen actually hit the target. During the Bosnia war, one skimmed over a farm house a few miles off target, straight up a track, through bushes, and exploded in the farmer’s field, killing seven sheep, one cow and a goat. The farmer kept the missile nosecone as a souvenir.

To err is human. To really mess things up you need a computer

On October 5, 1960, an early-warning system warned the North American Aerospace Defense Command (NORAD) of a massive Soviet nuclear missile strike approaching the United States. What happened is that a fault in a computer system had removed two zeros from the radar’s ranging components, detecting the missile attack at 4 000km (2,500 miles) away. The radar was actually detecting a reflection from the moon, located 400 000km (250,000 miles) away.

On June 3, 1980, a massive Soviet missile attack was again registered by computers. 100 nuclear-armed B-52s were immediately put on alert. A computer fault was detected in time, but three days later the same error occurred and again the bombers were put on alert. The problem was later traced to the failure of an integrated circuit in a computer, which was producing random digits representing the number of missiles detected.

On January 10, 1984, Warren Air Force Base in Cheyenne, Wyoming, recorded a message that one of its Minuteman III intercontinental ballistic missiles was about to launch from its silo due to a computer malfunction. To prevent the possible launch, an armoured car was parked on top of the silo.

A number of nuclear cases involve ships or submarines colliding at sea or, in some cases, submarine nuclear power units becoming unstable and the subs having to be abandoned. According to Greenpeace No Nukes there have been more than 120 submarine accidents since 1956. The most recent incident, in August 2000, was the loss of the Russian nuclear submarine Kursk in the Barents Sea. The Kursk is the seventh nuclear submarine lost, five of them Russian, two American. There are 92 known cases of nuclear bombs lost at sea.

The Nuclear Non-Proliferation Treaty was established in 1968, yet there are more than 23,000 nuclear weapons ready for firing. 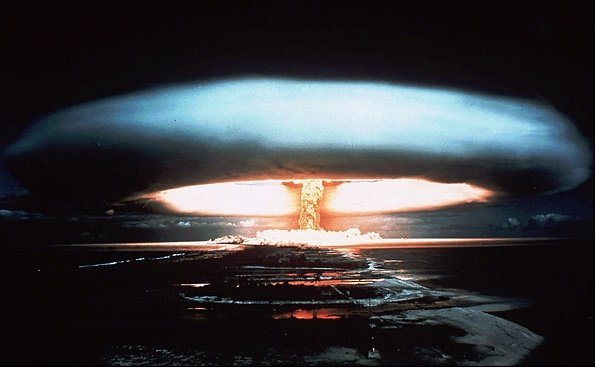 Nuceflash: any accidental or unauthorised incident involving a possible detonation of a nuclear weapon.

Broken Arrow: the seizure, theft, loss or accidental detonation of a nuclear weapon or component other than war risk.

Dull Sword: a nuclear weapon incident other than “significant” incidents.

Faded Giant: any nuclear reactor or radiological accidents involving equipment used or in custody of the Navy. 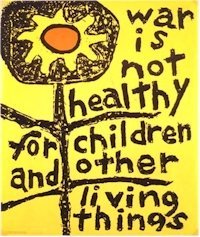 When bombs started falling in Belgrade in 1999, most of the pregnant animals in the zoo aborted their young or delivered prematurely. The bombs hit out power and water supplies, leaving the sea lions and polar bears to suffer from exposure. Prince, a 300kg (660 lb) Bengal tiger was so disturbed that he began chewing off his own paws.