Atlantis (or Atlantica) was described in antiquity as a large island in the sea to the west of the known world (the Western Ocean), near the Pillars of Hercules (the Gibraltar Straits?). It was not, therefore, a part of the known geography of the period. An earthquake was said to have submerged it in the ocean.

It is first mentioned in the dialogues Timaeus and Critias written about 360 BC by the Greek philosopher Plato (428-347 BC). An Egyptian priest was supposed to have described it to the Greek statesman Solon (638-559 BC).  END_OF_DOCUMENT_TOKEN_TO_BE_REPLACED

Why are some people mosquito magnets and others unbothered?

Why are some people mosquito magnets and others unbothered? A medical entomologist points to metabolism, body odor and mindset.

By Jonathan Day, University of Florida

It’s rare to attend an outdoor party in warm weather without hearing people complain about mosquitoes. They swat away, sit in campfire smoke, cover up with blankets and eventually just give up and go indoors. On the other end of the spectrum, there are plenty of people who don’t seem bothered by mosquitoes in the slightest.

END_OF_DOCUMENT_TOKEN_TO_BE_REPLACED

The most popular fast food brands in America 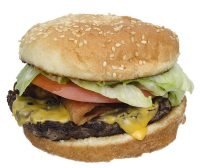 That’s why the global fast food market size is $860 billion, with more than a third of that being enjoyed in the United States where the fast food market is $300 billion per year… and growing.

It is estimated that 36%, or 84 million, American adults consume some kind of fast food every day, joined by a similar percentage of American children (persons under 18 years of age), or 26 million.

END_OF_DOCUMENT_TOKEN_TO_BE_REPLACED

How we have been misled about antidepressants

By Joanna Moncrieff is a Professor of Critical and Social Psychiatry.

Our umbrella review that revealed no links between serotonin and depression has caused shock waves among the general public, but has been dismissed as old news by psychiatric opinion leaders. This disjunction begs the questions of why the public has been fed this narrative for so long, and what antidepressants are actually doing if they are not reversing a chemical imbalance.

Before I go on, I should stress that I am not against the use of drugs for mental health problems per se. I believe some psychiatric drugs can be useful in some situations, but the way these drugs are presented both to the public and among the psychiatric community is, in my view, fundamentally misleading.

END_OF_DOCUMENT_TOKEN_TO_BE_REPLACED

Weapon Of Last Resort: How The Soviet Union Developed The World’s Most Powerful Bomb

Republished with permission from RFE/RL. See the original article.

On October 30, 1961, the Soviet Union tested the largest nuclear device ever created. The “Tsar Bomba,” as it became known, was 10 times more powerful than all the munitions used during World War II.

While its original purpose was to prove to the world, and especially to the United States, that the Soviet Union was capable of producing such devices, it also brought a surprising twist to the future testing of nukes.

END_OF_DOCUMENT_TOKEN_TO_BE_REPLACED

Are We Living Under a Kakistocracy: Government by the Worst? 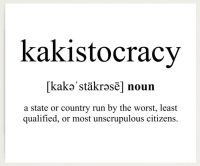 If so, what should we do about it?

In 1787, as Benjamin Franklin left the final session of the Constitutional Convention, he was asked what form of government the delegates had given America. “A Republic,” he answered, “if you can keep it.”

In 1963, Leonard Read warned Americans that “our once-upon-a-time Republic” was degenerating into something else; “we are headed into a kakistocracy,” he wrote.

Kakistocracy means “government by the worst.” Read particularly liked James Russell Lowell’s definition: “a government… for the benefit of knaves at the cost of fools.”

END_OF_DOCUMENT_TOKEN_TO_BE_REPLACED

According to new data from the United Nations, the foreign‐​born share of the U.S. population ranked 56th in the world. Among wealthy countries in 2020, its ranking has fallen from the 43rd percentile to the 26th percentile since 2000. Its ranking for per capita growth in foreign‐​born population since 2015 was even lower: the 13th percentile. The United States is clearly becoming less competitive for talent internationally.

END_OF_DOCUMENT_TOKEN_TO_BE_REPLACED

The 7 most important factors for getting rich

Some people believe that becoming rich is a question of luck. Historian and sociologist Dr. Rainer Zitelmann disagrees. Whether chance presents you with a good opportunity or not is not the key question. Rather: