Home » trivia » What is it called?

What is it called?

Sometimes it’s on the tip of your tongue… “What is it called again?” It’s not always easy to remember those out-of-the-ordinary things but to refresh your memory, here’s what it is called.

The plastic things on the end of shoelaces are called aglets.

The study of creatures such as Bigfoot, the chupacabra, and the Loch Ness monster is called cryptozoology. Zoologist Bernard Heuvelmans coined the term to describe his investigations of animals unknown to science. 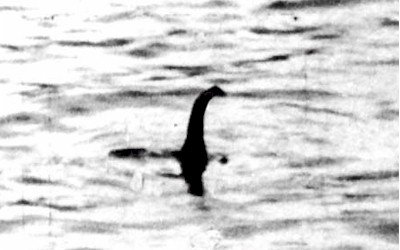 The apparatus used in alcohol distilleries for freeing the spirit from water is called the dephlegmator.

One that speaks two languages – is bilingual – can be said to be diglot.

Ducks are never male. The males of the species are called drakes. In a casino, however, ducks is a nickname for a pair of deuces.

The working section of a piano is called the action.

Shoemakers are commonly called cobblers but correctly speaking a cobbler is a shoe repairmen. A shoemaker is a cordwainer – they also made leather bottles and harnesses.

The distance that a place holder falls from a glass when it is lifted (you know, place holders sometimes get stuck to the bottom of a cold glass when you lift the glass) is called a bevemeter, a sniglet coined by comedian Rich Hall (who also coined “sniglet”).

The device at the intersection of two railroad tracks to permit the wheels and flanges on one track to cross or branch for the other is called a frog.

The white part of your fingernail is called the lunula.

The thin line of cloud that forms behind an aircraft at high altitudes is called a contrail.

A depth of 2 fathoms (3,6 metres) is called a Mark Twain. Originally a fathom was the space reached by with two arms outstretched.

The tendency of the leaves or petals of certain plants to assume a different position at night is called nyctitropism.

The back of the human hand is the opisthenar.

Revealing personality traits through writing is referred to as graphology. See What Your Handwriting Means

Someone who uses as few words as possible when speaking is called pauciloquent.

The little lump of flesh just forward of your ear canal is called a tragus – it also aids in capturing sounds that come from behind you.

The pin that holds a hinge together is called a pintle.

The little hole in the sink that lets the water drain out, instead of flowing over the side, is called a porcelator.

The gland responsible for producing the hormone that regulates growth is called the pituitary gland. It is the size of a pea.

A melody is a group of notes in a certain order that results in a sweet or agreeable sound. An easily remembered melody is called a tune.

Compulsive shopping was identified by a German psychiatrist almost a hundred years ago. Clinically it is known as oniomania. Shopaholics are the people who do not suffer from chrematophobia, which is the fear of touching money. Also see phobias

In early France the distance a man could walk while smoking one pipeful of tobacco was called a pipee.

The central shaft of a bird’s feather which bears the vane or web of the feather is called a rachis.

The small cup in which an espresso is served is called a demitasse.

A philologist study linguistics and etymology.

People who cannot smell suffer from anosmia. Loss of taste is called ageusia.

The hairless area of roughened skin at the tip of a bear’s snout is called the rhinarium.

A building in which silence is enforced, like a library or school room, is referred to as a silentium.

The making of maps is called cartography.

The ear-splitting sound produced by the high notes of a bagpipe is called a skirl.

The fleshy projection above the bill on a turkey is called a snood.

People who chase after rare birds are called twitchers.

The practice of eating insects is called entomophagy. Most insects are edible. According to eatbug.com, there are 1,462 recorded species of edible insects. And they’re quite nutritious. For instance, 100 grams of cricket contains only 121 calories, less than half of beef. A cricket contains only 5,5 grams of fat, compared to 21,2g of beef. Beef contains more protein (23,5g – a cricket 12.9g) but the 100g of cricket also contains 5,1g of carbohydrates, 75,8 mg calcium, 185,3 mg phosphorous, 9,5 mg iron, thiamin, riboflavin, and niacin.

Also see what collectors are called