But these units of time don’t divide evenly, resulting in our calendar year being 365 days, 5 hours, 48 minutes and a little over 45 seconds long. Every 4 years we take those extra hours and minutes and fit it in an extra day, on February 29th, which we call Leap Day. Every fourth year thus is Leap Year. If we did not have the extra day every 4 years, in 100 years our calendar would be off by 24 days. 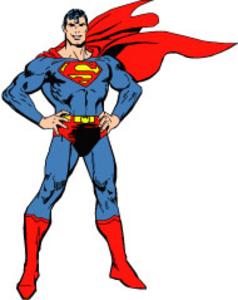 The chance of being born on Leap Day in the Gregorian calendar is about 680 out of a million (1 in 1470). Which means little more than 4 million people (out of a world population of 7 billion) have their birthdays on Leap Day whereas on average approximately 19 million people share a birthday every day other than Leap Day.

Because Superman always appears so young and because nobody knows for sure how old he is, tradition has it that he is a Leap Year Baby.

Ladies, if he did not pop the big question on Valentine’s Day then February 29th is your day because tradition has it that a woman can propose to a man on Leap Day.