Home » did you know » Collectors and their collections

Collectors and their collections

In 1880, German Margaret Steiff, confined to her wheelchair, started making stuffed toys. In 1902, her nephew Richard Steiff introduced a stuffed bear for the Steiff toy company.

Stuffed bears came to be known as Teddy Bears after US President Theodore “Teddy” Roosevelt, on a hunting trip, refused to shoot a bear cub. 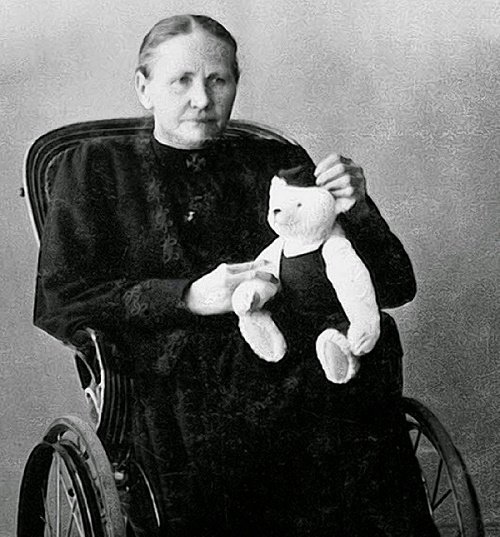 Another famous bear, AA Milne’s Winnie The Pooh fetched an even higher price. AA Milne chose Ernest Shephard to illustrate his books. One of the original drawings “A Pooh Party” was sold at Sotheby’s in 1968 for $1,450.00.

What avid collectors pay for stuff they really want:

Leonardo da Vinci’s notebook, called The Codex Hammer, was bought by Bill Gates in 1994 for $30,8 million.

Three Vincent van Gogh paintings are in the top ten most expensive artworks ever sold. His Portrait of Dr. Gachet fetced $82,5 million.

Also see the most expensive items ever sold on eBay.

When is it “antique”?

According to US legislation enacted in 1930, an object may be called antique if is was made before 1830 – the legislation exempted objects of art more than 100 years old from customs duties. Firearms, however, classified as antiques need to have been made before 1898.

Automobiles built before 1904 are called veteran cars; those built between 1904 and 1931 are considered vintage, while cars that are at least 20 years old are called classic.

Antique cigars are those made before Fidel Castro took control of Cuba in 1959.

What collectors are called

The name for a teddy bear collector is archtophilist or arctophile.

Collectors of dolls are called plangonologists.

A collector of paper money, coins, tokens, and related objects is called a numismatist.

A collector of paper money is called a notaphilist.

A labeorphilist is a collector of beer bottles.

A collector of butterflies is called a lepidopterist.

A collector of matchbooks and matchbook covers is a phillumenist.

A collector of antiques is an antiquarian.

If you collect obsidian and syenite you are called a rock hound.

A knife collector is called a machirologist.

A stamp collector is called a philatelist.

A pernalogist is a collector of pearls.

A collector of hi-fi equipment is called an audiophile

A spermologer is one who collects trivia (this from the original Trivial Pursuit game).

A collector of walking sticks is a rabdophilist.

More What is it called?

Some old books are still setting the standard. For instance, the Bible still is the world’s best selling book. In 1097, Trotula, a midwife of Salerno, wrote The Diseases of Women – it was used in medical schools for 600 years. The world’s longest non-fiction work is The Yongle Dadian, a 10,000-volume encyclopaedia produced by 5,000 scholars during the Ming Dynasty in China – that’s 500 years ago. Greek philosopher Aristotle wrote Meteorologica in 350 BC – it remained the standard textbook on weather for 2,000 years.

Vincent Van Gogh sold only one painting while he was alive – to his brother who was a gallery owner. The painting is titled “Red Vineyard at Arles.”

The word millionaire was first used by Benjamin Disraeli in his 1826 novel Vivian Grey.