The Beatles – Hey Jude and Lucy

The Beatles song “Lucy in the Sky with Diamonds” does not stand for “LSD.” The title actually comes from John Lennon’s son Julian, who left his mark on more than one Beatles song. His drawing of a nursery school classmate, Lucy O’Donnell caught his father’s eye. When asked what it was called, Julian replied, “Lucy in the sky with diamonds.”

The Beatles – a brief history

Prior to being named “The Beatles” the band had several names. In the late 1950s, John Lennon and Paul McCartney formed a group to play skiffle music in Liverpool pubs. They began as The Quarrymen, then became: Johnny and the Moondogs, the Moonshiners, and Long John and the Silver Beatles. They became “The Beatles” in 1960.

In 1962, Decca Records rejected the Beatles, saying, “We don’t like their sound, and guitar music is on the way out.” The Beatles went on to become the most famous band in the world, achieving 20 US and 17 UK No 1 singles, more than anyone else. They also hold the record for the most No 1 albums of all time, with 15 albums on Billboard. They sold more records than anyone – over a billion worldwide. The band broke up in 1970.

The Beatles won many awards – also see The Beatles Grammy Awards – but sometimes lost out to lesser known artists. In 1964 their “I Want To Hold Your Hand” lost to “The Girl From Ipanema” by Stan Getz and Astrud Gilberto for the Record of the Year award – they did win the Best New Artist award in that year, though.

In 1965 they lost to the Anita Kerr Singers for the Best Pop Vocal Prize at the Grammys. But they went on to win some 11 Grammys as a band. Mostly, they became the world’s best-known known band, selling over a billion records, either a feat which is yet to be equaled. 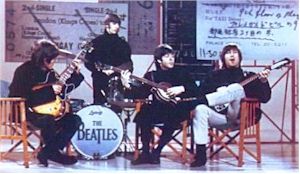 John Lennon’s final live performance was when he joined Elton John on stage at Madison Square Garden in 1974 to perform the song they co-wrote, “Whatever Gets You Through the Night.”

In May 1997, Paul McCartney broke his own world record by obtaining his 81st gold disc for the album “Flaming Pie.” 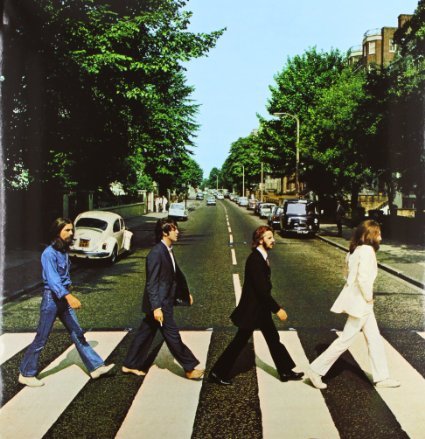 The license plate number of the Volkswagen that appears on the cover of the Beatles Abbey Road album is LMW 281F.

The man standing on the pavement to the right of the picture is Paul Cole (c. 1911 – 13 February 2008), an American tourist – he was unaware that he had been photographed until he saw the album cover months later.

Re Wikipedia, the cover was designed by Apple Records creative director John Kosh. It is the only original UK Beatles album sleeve to show neither the artist name nor the album title on its front cover, which was Kosh’s idea.

With more than 30 million copies sold, Abbey Road is one of the Beatles’ best-selling albums. It also is considered by many critics to be the best album by The Beatles.