The Grammy awards – a brief history

In 1958, a group of record executives, alarmed by the explosive success of rock ‘n’ roll – and the threat rock posed to “quality” pop – launched the Grammy Awards. Their aim: to cultivate a higher standard of popular taste.

From the start, the Grammys have been at odds with and often scornful of not only rock but every other wave of rebellious, street-bred music, from R&B to Woodstock, new wave, and rap.

Conservative Grammy voting has led to a long list of follies. Many, if not most, of the best recordings in the first forty years of Grammy history failed to win a Grammy, including seminal records by Bob Dylan, the Rolling Stones, Marvin Gaye, Bruce Springsteen, John Coltrane, Merle Haggard, and many others. 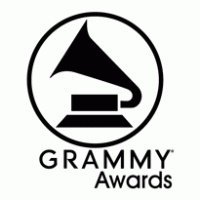 Grammy voters, meanwhile, have lavished awards on the likes of Glen Campbell, Toto, Christopher Cross, and Milli Vanilli. Thus according to Henry Schipper in his fascinating book Broken Record: The Inside Story of the Grammy Awards.

Grammy – then and now

The first Grammy Award was held on May 4, 1959, in the Grand Ballroom of the Beverly Hills Hotel. There were 28 award categories, and aside from one nominee each in the Best Country & Western Performance (The Everly Brothers) and Best Rhythm & Blues Performance (The Champs) categories, nary a rock ‘n’ roller can be found among the nominees. Instead, the Best Vocal Performance nominees included names like Frank Sinatra, Andy Williams, Perry Como, Doris Day, Eydie Gorm, and Keely Smith. By contrast, the 1997 awards saw Grammys given to winners in 91 categories, and rock, soul, and hip-hop performers have long since replaced the crooners and pop songbirds of the ’50s.

At the first Grammy Awards in 1959, Domenico Modugno beat out Frank Sinatra and Peggy Lee for the Record of the Year with “Volare.” It also was Song of the Year. The first Album of the Year went to Henry Mancini. Best Vocal Performance awards went to Ella Fitzgerald and Perry Como.

The change didn’t come easily, however; the first award for rock music wasn’t given until 1961 (Chubby Checker won the Best Rock & Roll Recording award that year), and even as late at 1967, only one nominee for Album of the Year (the Beatles’ Sgt. Pepper’s Lonely Hearts Club Band) could fairly be termed as a rock album. Jimi Hendrix never won a Grammy. Neither did Creedence Clearwater Revival, Fats Domino, the Four Tops, or Sam Cooke, to name a few.

Thomas O’Neil, author of The Grammys: The Ultimate Unofficial Guide to Music’s Highest Honor notes that the week after Naughty by Nature’s “Poverty’s Paradise” won the first Grammy ever awarded in the category Best Rap Album, it sold fewer copies than it had the previous week. Winning the Grammy actually seemed to hurt sales.

The 2008 Grammy Awards held on February 10th was telecasted to an international audience of over 1.5 billion in 170 countries. Amy Winehouse scooped up 5 awards including Song of the Year for Rehab. Kanye West won four Grammy Awards, while Bruce Springsteen won three. Carrie Underwood, Justin Timberlake, Mary J Blige and The White Stripes each won two awards. For the complete list of the latest nominations and winners, see the official Gammy site

At the first Grammy Awards in 1959, Domenico Modugno beat out Frank Sinatra and Peggy Lee for the Record of the Year with “Volare.” It also was Song of the Year. The first Album of the Year went to Henry Mancini. Best Vocal Performance awards went to Ella Fitzgerald and Perry Como.

Quincy Jones is the all-time most nominated Grammy artist with 77 nominations. He has won the second-most number of Grammys (27) – Alison Krauss is third with 26 awards. In 1997, Kenneth “Babyface” Edmonds equaled Michael Jackson’s 1984 record for the most Grammy nomination in one year (12). The late conductor Sir Georg Solti is the most honored Grammy artist with 31 awards.

The top selling singles of all time are Elton John’s “Candle in the Wind ’97”, at more than 33 million, Bing Crosby’s “White Christmas”, 30 million, and Bill Haley’s “Rock Around the Clock”, 25 million.