By James A. Roberts, Baylor University

Is President Trump a Twitter addict? He may not know – but he could find out, as could members of the general public concerned about their own use of social media.

Addiction, whether it’s to drugs, alcohol, exercise, sex or social media, is best understood as continuing a behavior despite its negative consequences for you and others around you. And, yes, people can be addicted to behaviors like tweeting. Anything that produces pleasure in a person’s brain can lead to addiction.

END_OF_DOCUMENT_TOKEN_TO_BE_REPLACED

When the brain competes with muscle power

New research on our internal trade-off when physical and mental performance are put in direct competition has found that cognition takes less of a hit, suggesting more energy is diverted to the brain than body muscle. Researchers say the findings support the ‘selfish brain’ theory of human evolution.

Human brains are expensive – metabolically speaking. It takes lot of energy to run our sophisticated grey matter, and that comes at an evolutionary cost.

END_OF_DOCUMENT_TOKEN_TO_BE_REPLACED

The US “Offshore” Industry and the Eurasian Connection

In Cheyenne, Wyoming, a small brick-faced house sits between a Greek Orthodox Church and a tired-looking barbershop.

The structure does not stand out. Yet, according to court documents from several years ago, the innocuous-looking house once served as the fulcrum of a kleptocratic scheme. A news story about the case described the Cheyenne house as “a little Cayman Island on the Great Plains.”

END_OF_DOCUMENT_TOKEN_TO_BE_REPLACED

Our DNA influences our ability to read a person’s thoughts and emotions from looking at their eyes, suggests a new study published in the journal Molecular Psychiatry.

Twenty years ago, a team of scientists at the University of Cambridge developed a test of ‘cognitive empathy’ called the ‘Reading the Mind in the Eyes’ Test (or the Eyes Test, for short). This revealed that people can rapidly interpret what another person is thinking or feeling from looking at their eyes alone. It also showed that some of us are better at this than others, and that women on average score better on this test than men.

END_OF_DOCUMENT_TOKEN_TO_BE_REPLACED

10 ways to use coffee in your cooking

Every coffee lover eventually reaches the point where their morning mug just isn’t enough. If you’ve come to this stage, it’s time to start incorporating coffee into your everyday cooking. Not only will you enjoy the flavor, but you’ll also wring every last use out of your java! If you’re ready to get creative with your coffee, here are 10 great ideas.

Is there anything better than the taste of coffee and chocolate? The next time that you’re making cakes, brownies or doughnuts, add a splash of liquid coffee to your mixing bowl. The flavor will spread throughout the dessert while it bakes, and the result will be a heavenly union between chocolate and caffeine.

END_OF_DOCUMENT_TOKEN_TO_BE_REPLACED

Nuclear weapons made from guinea pigs: Is there any truth to this?

Whether we like them or not, most people see guinea pigs as cute, small, fluffy mammals, which kids usually take care as pets. However, there are reports circulating online saying that these tiny creatures are made into weapons of mass destruction. Is there any truth to such claims?

Why does it have to be guinea pigs? And can this type of weapon wipe out the existence of guinea pigs, worst, our own existence?

END_OF_DOCUMENT_TOKEN_TO_BE_REPLACED 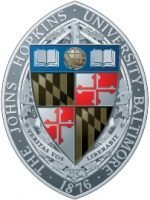 The emails usually start off with “This is an extremely good article. Everyone should read it. After years of telling people chemotherapy is the only way to try to eliminate cancer, Johns Hopkins is finally starting to tell you there is an alternative way.”