Prince and symbols used by artists

Long before Prince became the artist known by a symbol, English poets signed their work with a symbol. In fact, only two Old English poets are known by name, Cynewulf and Caedmon.

Old English differed greatly from the English of today, it basically resembled modern German. In the 7th Century, an unlearned cowherd, Caedmon wrote some of the first English poems, of which only 9 lines survived.

The second known poet Cynewulf, of the 8th century, also signed his work with a symbol. Cynewulf used a kind of cypher, or anagram, made up of ancient figures called runes, an alphabet used by early Germanic tribes preceding the use of the Roman alphabet in England.

A line from a Cynewulf poem, recorded about 754 AD: 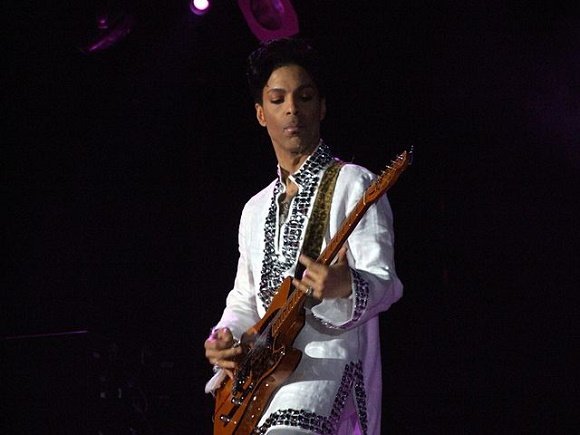 Prince at the Coachella Festival in 2008. Img via Wikipedia

The artist previously known as Prince was born Prince Rogers Nelson on June 7, 1958 in Minneapolis and passed away on April 21, 2016.

On his 35th birthday, he announced that he would change his name to an unpronounceable symbol. The glyph incorporates the male and female signs along with the alchemy symbol for soapstone.