A dozen interesting facts about roses

There are over 100 species and thousands of cultivars of roses. They vary in color, shape and size and all but one rose species have 5 petals.

Here are a dozen interesting facts about roses.

1. Black roses are an illusion of the mind

There are no roses that are black in color, although there are a few species of roses that come close. The Turkish Halfeti rose, also known as “The Black Rose of Turkey”, is an extremely rare breed that appears pitch-black to the eye, but in fact is a dark reddish-crimson color.

For years breeders have crossed different colors of roses in an effort to create what seemed the impossible, a blue rose. Rose petals lack the enzyme needed to create a blue pigment and breeders always failed. However, in 2009, applying genetic engineering resulted in the world’s first blue rose.

3. The world’s most expensive rose

Introduced to the world in 2006 by famed rose breeder David Austin, the Juliet rose took 15 years and £3 million (about $5 million) to breed. It is the world’s most expensive rose cultivar. 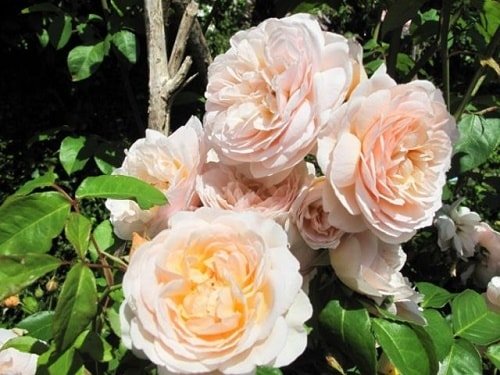 The tallest rose bush on record is over 23 feet (7 metres) tall.

5. The largest rosebush in the world

The world’s largest rosebush is of the Lady Banksia variety. The rosebush’s canopy measures 8,500 square feet (around 790 square meters), its trunk has a circumference of around 12 feet (3.6 metres), and it comprises of over 200,000 blooms.

Roses are mentioned throughout history and rose fossils date back 35 million years.

Roses also live a very long time. The large rose bush that covers the wall of the Cathedral of Hildesheim in Germany has done so for over 1000 years.

7. Roses are mentioned many times in the Bible

Only 3 flowers are mentioned by name in the Bible and the rose is one of them.

In 2002, the miniature rose, named the “Overnight Scentsation”, journeyed to space to aid in studies regarding the effects of low gravity on the smell of the rose, and to learn how to improve the fragrances of many consumer products.

Roses can be added to salads and used in desserts and cakes.

Rose Petals and rose hips are also made into jam, jelly and marmalade.

Rose syrup is sometimes used to make marshmallows and is used in rose-flavored ice cream.

Rose water (flavored water made by steeping rose petals in water) is sometimes used in baklava, gumdrops and nougat

10. Roses are a great source of Vitamin C

11. Roses are a valuable source of income for some countries

30% of Europe’s cut flower imports are from Kenya, and most of those are roses. The bigger rose farms each employ some 5 000 workers.

In Zambia over 80% of cultivated land is dominated with rose cultivation. Roses comprise 95% of all Zambia’s flower exports.

You’ll notice that those rose-growing countries mentioned are near the equator in areas where water is fairly ample. Roses are thirsty plants; up to 3.4 gallons (13 litres) is needed to bring one rose flower to blossom.

All rose species have 5 petals, except for the Rosa Sericea, which has 4 petals.

The Rosa Sericea is native to the Himalayas, generally found growing at altitudes of around 1,2 – 2,4 miles (2 – 4 km). This breed of rose was introduced to Europe only in the 19th century. 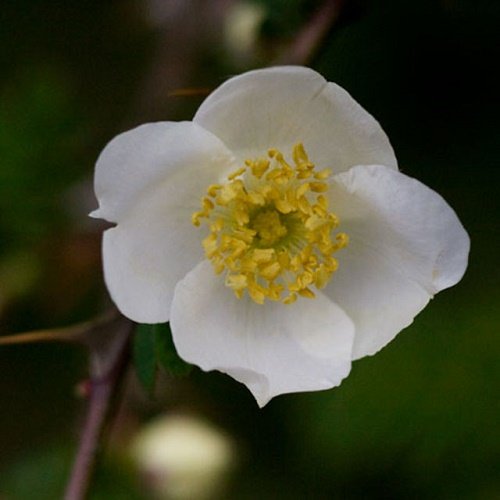 The word rose comes from French, from which the word comes from the Latin rosa. When used in endearment, rosa means “love”.