Technology is used to monitor workers doing platform-based work. It can also be used to regulate work and protect workers.

Over a century ago, labor laws began to be instituted in diverse countries throughout the world. These laws were intended to provide protection to workers in what was recognized as an unequal relationship of exchange, but it also gave authority to managers to organize and direct their employees’ work.

While the world of work has changed since these initial labor regulations were instituted, the fundamental reasons for the existence of labor protections – to ensure safe and healthy workplaces, to give workers a voice, and to provide minimum protections with respect to working time and earnings – remain valid.

Although it would seem straightforward that the laws protecting workers should also apply to workers in what is described as the ‘gig economy’ or ‘platform-based work’, there is much debate – and confusion – on this issue. This lack of clarity stems in part from the novelty of platform-based work. There has also been an effort to conceal the nature of platform-based work through buzzwords such as ‘favors’, ‘rides’, and ‘tasks’ as well as the practice common to many platforms of classifying their workers as independent contractors.

Platform-based work includes ‘crowdwork’ and ‘work-on-demand via apps’. In crowdwork, workers complete small jobs or tasks through online platforms, such as Amazon Mechanical Turk, Crowdflower, and Clickworker.  In ‘work-on-demand via apps,’ workers perform duties such as providing transport, cleaning, home repairs, or running errands, but the workers learn about these jobs through mobile apps, from companies such as Uber, Taskrabbit, and Handy. The jobs are performed locally.

Working as a ‘favor’

Depicting work in the platform economy as a mere ‘sharing of favors’ conveys an image of the gig economy as a sort of parallel dimension, where chores are amateurishly carried out as a form of leisure, with no relation to ‘work’. The reality, however, is different. For most workers, platform-based work is an essential source of income. The ILO recently surveyed workers on two important micro-task platforms: Amazon Mechanical Turk and Crowdflower. Forty percent of respondents answered that crowdwork constituted their principal source of income. Workers averaged 30 hours of week on the platform.

Related to this is the assumption that the workers are genuinely self-employed persons, independent from the platforms and their users. Indeed, much of the rhetoric around the gig economy is that the workers ‘are their own bosses’ – a new breed of ‘micro-entrepreneurs’ who work when and how they want, answering to no one and growing their own businesses. While there are some platforms that serve as marketplaces for buyers and sellers of goods, for platforms selling ‘labor services’ the worker is rarely operating independently.

Platforms mediate extensively the transactions they have with their workers, and also between the customers and the workers.  Platforms often fix the price of the service as well as define the terms and conditions of the service, or they allow the clients to define the terms (but not the worker). The platform may define the schedule or the details of the work, including instructing workers to wear uniforms, to use specific tools, or to treat customers in a particular way.

Many platforms have performance review systems that allow customers to rate the workers and they use these ratings to limit the ability of lower-rated workers to access jobs, including by excluding workers from their system. The amount of direction and discipline that clients and platforms impose on workers, in many instances amounts to the degree of control that is normally reserved to employers and is normally accompanied by labor protections such as the minimum wage, limits on working time, and contributions to social security. This recent ILO study provides more detailed analysis on these features of platform-based work. 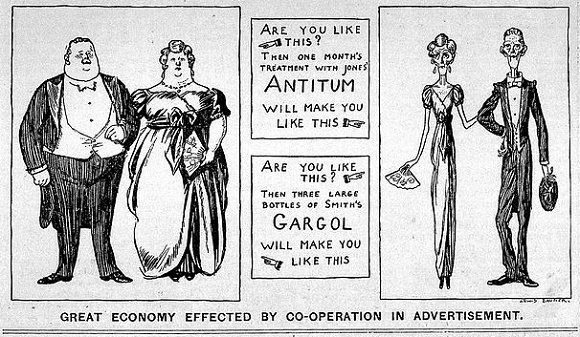 In a landmark judgement on Uber in October 2016, an employment tribunal in the United Kingdom dismissed the notion that the drivers run autonomous businesses merely linked by the platform. Among other things, the judge observed that it was impossible for them to grow their businesses unless “growing their business simply means spending more hours at the wheel”. The judgement also found that, through the rating system, the platform subjected drivers to “what amounts to a performance management/disciplinary procedure”, going beyond what is allowed in co-ordinating mere self-employed workers.

When we look closely at the gig economy it becomes obvious that rather than ‘new’ 4.0 digital revolution work, ‘gig economy’ work is simply twenty-first century casual work rebranded. The technology has changed, but it is still work undertaken by human beings and under the control of other human beings, in exchange for money. Indeed, gig work needs to be considered along with broader trends of casualisation of the labor market such as the spread of zero-hour contracts and bogus self-employment.

Because work in the gig economy is currently unregulated – or is only regulated by the platform – it is characterized by a lack of job security and few, if any, labor protections. Ironically, with day laborers, dockworkers, and agricultural hands – probably the types of casual work that most readily come to mind – their work is at least for the day.

In the platform economy, it is for the task at hand. This can be as short as a few miles drive or ten minutes spent tagging photos on the internet. The ‘Turker’, the Uber driver, or the graphic artist working on an online design platform must continuously search for work, monitoring their computer screens or smartphones for work opportunities. Indeed, in the ILO survey, it was found that workers averaged 18 minutes looking for work for every hour working.

Even when jobs span a few hours or a few days, the worker needs to be constantly searching for new work. Ninety percent of workers in the survey reported that they would like to be doing more work than they are currently doing, citing insufficient work and low pay as the reasons they were not. Despite the desire for more hours, many were already working a lot: 40% of respondents reported that they regularly worked seven days a week and 50% indicated that they had worked for more than 10 hours during at least one day in the past month. Low pay coupled with the need to work resulted in workers spending long hours online.

The lack of protections for workers, the casual nature of the work and the elements of direction and control exerted by the platforms all point to a need to regulate the gig economy. Self-regulation by the platforms, as is currently the case, cannot ensure better working conditions and can jeopardize the sustainability of well-intended platforms in what is a global race to the bottom. Moreover, unless authorities step in and recognize that workers should not be denied protection just because they work for platforms, platforms will continue to have an advantage over traditional industries, risking a deterioration of working conditions that extends beyond platform-based work.

But how to regulate? To begin with, the technology that has allowed parcelling and distributing work to ‘the crowd’ can also be used to regulate the work and provide protection to workers. Technology can monitor when workers are working, when they are searching for work, and when they are taking breaks. For example, Upwork, the on-line freelance marketplace, offers its clients the option of paying by the hour, as it can monitor the workers by recording their keyboard strokes and mouseclicks and taking random screen shots. Uber expects drivers to always have the app on, which can track drivers’ whereabouts including their downtime.

This same technology can thus also be used to ensure that workers earn at least the minimum wage or ideally to regulate the wage agreed collectively by the workers and the platform. If labor protections are put in place, then platforms will have the incentive to re-organize work to limit search time. Technology and better organizational design can help to minimize search time, improving efficiency for all. The technology can also be used to facilitate payment of social security contributions.

With nearly unlimited supplies of labor and an absence of liability placed on platforms, casualisation will continue. While it is easy to become enamored by the glitz and convenience of apps and the myth that we have broken from our past, we need to remember that these platforms are merely providing another way of mediating work – driving and running errands, or doing data entry or audio transcription online are not ‘new’. Technology is great – let it help us make the world run more smoothly, not unravel the gains from the hard fought battles to improve worker’s rights.