How much deeper would oceans be if sponges didn’t live there?

If Fed Ex and UPS were to merge, would they call it Fed UP?

If it’s true that we are here to help others, then what exactly are the OTHERS here for?

Ever wonder what the speed of lightning would be if it didn’t zigzag? 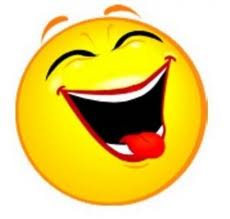 I got rid of my husband. The cat was allergic.

A scientist crossed a skunk with an owl. He’s got a bird that smells but doesn’t give a hoot.

Why are all the dumb blonde jokes one-liners? So men will understand them.

Two’s company, three’s a crowd but what is four and five? Nine.

Which sexual position produces the ugliest children? Ask your mother.

The thief stole a calendar. He got 12 months.

Roses are red, violets are blue, I was born beautiful, but what the hell happened to you?

Do step ladders have real parents?

Two nudists got divorced because they were seeing too much of each other.

How do you make a Swiss roll? Push him off the top of a cliff.

Can I have a return ticket please. Certainly, where to? Back here, you fool.

Man who eat many prunes get good run for money.

Name ten animals from Africa. Nine elephants and a giraffe.

Man who drive like hell bound to get there.

Man who run in front of car get tired. Man who run behind car get exhausted.