Always wanted your own chauffeur? The bus or train driver not quite fitting the idea? Then you need an electronic chauffeur. The Ultra taxi might just do.

Ultra is an on demand system of driverless automatic taxis traveling on their own guideway network. Developed at the University of Bristol, UK, it is promoted by Advanced Transport Systems Ltd to work with cities throughout the world to provide effective and sustainable transport. 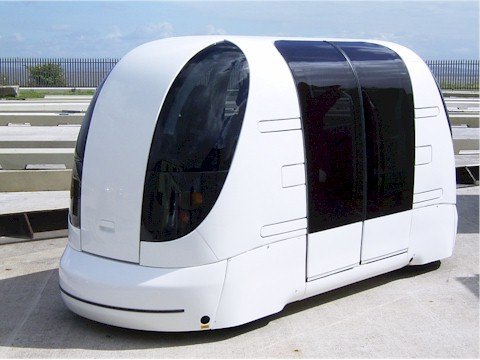 An Ultra guideway has the same capacity as a motorway lane (1800 vehicles per hour) but whereas the average speeds in city centers are 13 km/h (8 mph) the Ultra speed is 40 km/h, three times faster. Typical waiting times for even the better bus systems are 6 minutes. 80% of Ultra passengers will have no waiting time while 95% of all Ultra passengers will wait less than 1 minute, even at peak times.

The Ultra uses much less energy per passenger km than buses, cars, trains or light rail and is environmentally friendly –
zero city pollution. The Ultra also travels non-stop to the destination, transporting 4 passengers in comfort. 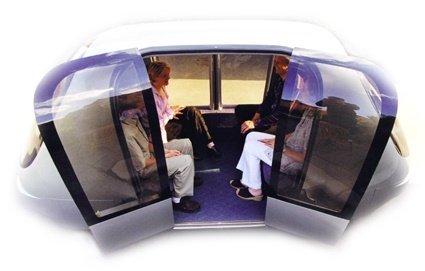 One of every two people live in cities and the immigration to cities is increasing, creating megalopolies of millions to tens of millions inhabitants. More than 200 cities have a population of more than a million people. Managing such large cities and their huge traffic jams and better management of the planet’s resources, could become the most difficult problem of the next century.

The Ultra system costs less to operate than buses, cars, trains or light rail, and is typically only one third the cost of equivalent light rail to install.

There are other benefits too: increased productivity in commercial and emergency service, and the social and economic benefits associated with safer living and travel environments. And, yes, the Ultra most likely will have cool goodies like plugs for MP3 and video players and screens to announce your travel schedule and, perhaps, television channels. After all, not only will such features add to the pleasure of your (quicker) journey but it will also help pay for the system through sponsorship. Which means even lower traveling cost for you.