Wigs that are 3 feet high

In 1500 BC in Egypt, women shaved their head as the ultimate display in beauty. Remaining hair was removed with special gold tweezers and then their scalps were buffed to a high sheen with soft cloths.

Over the next 100 years the rich Egyptian women placed cones of scented grease on their heads, allowing the grease to melt and drip down over their bodies, bathing bodies and clothes in fragrance.

The exact opposite would be in practice by the 18th century in England when women’s wigs were sometimes 3 ft (1 metre) high.

The wigs were dusted with flour and decorated with stuffed birds, fruit, replicas of gardens, or even model ships. Women would wear the wigs continuously for several months.

They were matted with lard to keep them from coming apart, which made mice and insects a constant problem, leading to the spreading of skin lice in the upper classes.

When a hair-powder tax was introduced in 1795, the wig craze disappeared abruptly. 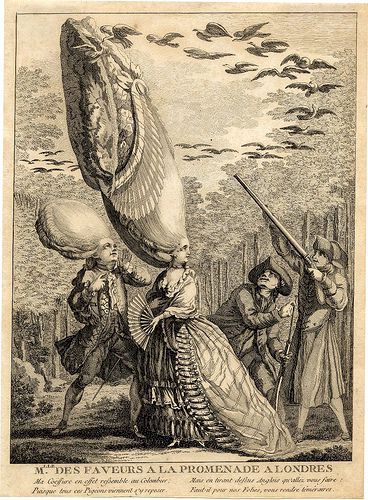 The return of the tall wig

Wigs did not disappear completely, of course. Even today, the wig business is a billion dollar industry. After all, a wig is a fashion accessory. But those are wigs that look like natural hair… even though they often are made from acrylics, nylon, polyester, horse hair, or buffalo hair. Although, wigs made with human hair are more popular, even though they are much more expensive, because they can be colored or permed.  Most human hair wigs are made from Asian hair because of supply and also because they are straighter and stronger than other people’s hair. 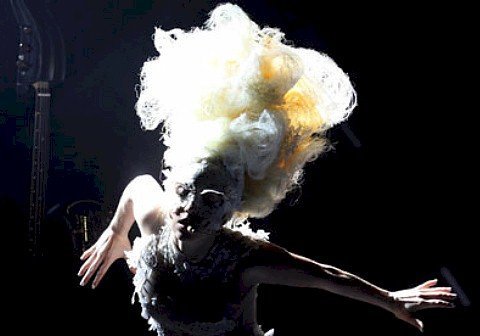