An inquest into the death of Brit Frederick Edwards in 1933 found 200 nails, 36 staples and 3 penknives in his stomach.

But he didn’t even have half the appetite of Frenchman Michel Lotito, whose stage name was “Mr Eat All.”

The aircraft meal was not fast food, though; it took him two years, 1978 – 1980, to munch through the delight. He finished the shopping cart in four-and-a-half days.

Only bananas and hard-boiled eggs made him feel sick, he said.

His strange diets certainly was enough to get him into the Guinness Book of Records section of unusual skills. 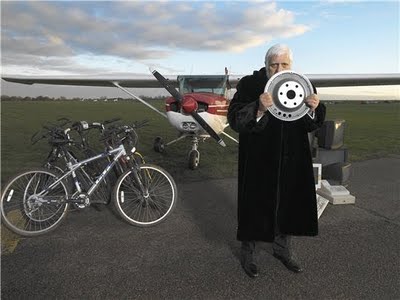 On average, Lotito ate 2 lb (almost a kg) of glass and metal a day: