Home » movies » More movies made in Bollywood than Hollywood

More movies made in Bollywood than Hollywood

Each year, more movies are produced in India, where the moving image industry is referred to as Bollywood, than in Hollywood. About 1000 movies are released annually in India, about twice the output of Hollywood. The “B” in Bollywood refers to Bombai (renamed Mumbai).

Bollywood movies often are quite long; 3 hours or more of dancing and singing around love as the main plot – although kissing is almost never shown on screen. Everyday, some 14 million Indian people queue for a movie, with more than 4 billion movie tickets sold annually, compared to 3 billion for Hollywood movies worldwide.

The first movie screened publicly was “La Sortie des Ouvriers de l’Usine Lumire” which was presented by Auguste and Louis Lumiere in Paris in 1895.

The first movie to use sound was “The Jazz Singer,” released in 1927: the first words, spoken by Al Jolson, were: “Wait a minute, you ain’t heard nothing yet.”

The most expensive film ever made as at year 2000, was James Cameron’s “Titanic.” It cost $200 million, but also was the most successful, in the sense that it won 11 Academy Awards, equaling “Ben Hur” of 1959.

The top five moneymaking films of all time, as by 2010, are:

When adjusted for inflation, Gone With The Wind remains one of the highest grossing [$1.4 billion and growing], followed by Star Wars and Sound of Music, according to boxofficemojo. 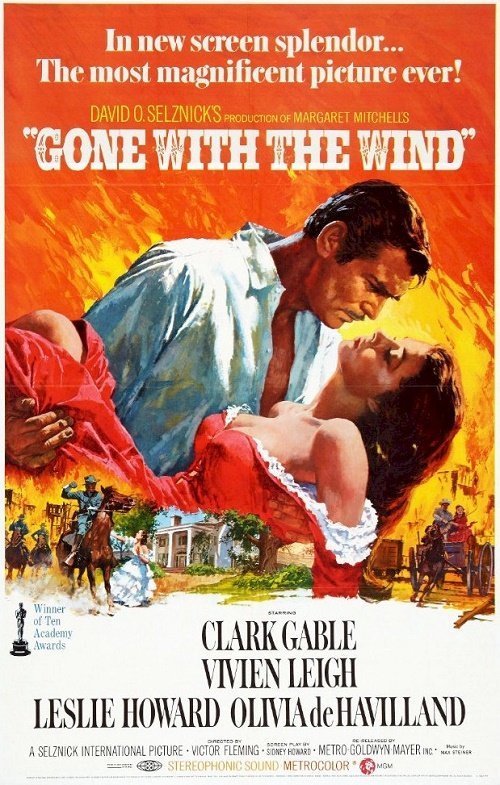 Note that they all are family-type movies. In fact, movies with strong sexual or violence content usually bomb at the box office. Sex films grossed on average only $700 000. Movies with strong Christian or family content on average grossed over $37 million. According to the American Family Association, the average cost to produce a movie in 1996 was $40 million. The figures have since changed, but not the facts.

Gone With The Wind has been the best-attended film since its release in 1939. Without a doubt the most famous line in the movie is when Rhett Butler tells Scarlet O’Hara, “Frankly my dear, I don’t give a damn.” According to Cuss Control, a book by James O’Connor, director David Selznick was fined heavy for that curse word: $5,000. A lot of money in those days. The movie is based on the book by Margaret Mitchell. It was the only book she wrote.

The biggest movie promotion deal is the $2 billion agreement between George Lucas – the director of the “Star Wars” trilogy – and Pepsi for exclusive worldwide use of the film’s characters.

50% of Hollywood movies never achieve a cinema release. Those that do, make 5 times more from DVD sales than cinema takings.

The longest movie ever