The ZX Spectrum 8-bit PC was based on the Zilog Z80A CPU and ran at 3.5 MHz. Designed by Clive Sinclair, with hardware developed by Richard Altwasser, the ZX set sales records in the UK. It was a very popular gaming platform.

There are still games available for the ZX Spectrum. In fact, the ZX software library consists of more than 24 000 titles, according to Wikipedia, referring to the Your Sinclair online publication. Popular games include Ant Attack, Rebelstar, All or Nothing, Stop the Express, R-Type, The Sentinel and Rainbow Islands. 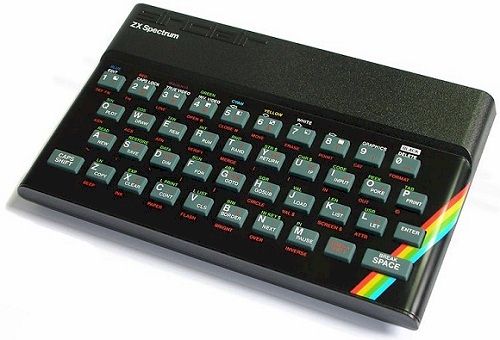 Compare the power of these popular computers with that of the computer that guided the Apollo 11 to the moon in 1969: it had a 2 kilobyte memory that ran at 0.043MHz and its read-only storage capacity was a mere 32K.

Or think about it this way: you open a musical greeting card, you have a good chuckle and bin it – you’ve just thrown away more computer power than the Apollo 11 had. In fact, it is said that the chip in a musical card has more processing power than the combined computers of the Allied Forces in WWII. How times have changed!

You’ll find the fastest computer in the world at TOP500, which lists the world’s top supercomputers twice yearly. Their Nov. 12, 2012 winner:

Impressive… but there still is no computer as complex as the human brain.