Home » movies » The most watched program on TV

The most watched program on TV

However, the most watched sports worldwide accumulatively (all the televised games in all the countries) on TV is soccer but the most watched televised single series of sports throughout the year is F1, pipped to the post in viewership only occasionally by Idol, Eurovision, national election results and suchlike broadcasts.

The most watched televised event on any given single occasion is the marvelous Summer Olympics.

The most-watched program on TV

Now, let’s talk about the weather. After all, the weather is the most watched program on TV anywhere anytime. Yep, not only is talking about the weather an easy way to break the ice it also grabs more eyeballs than any sitcoms, soapie, sports event or aspiring singer. 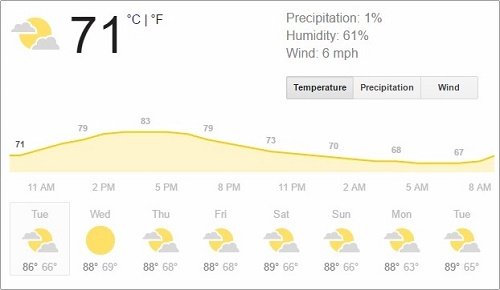 But of course, the weather often is more interesting than news or politics… even without having to start the debate about global warming; strange, since our lovely little planet is actually now going through one of it’s cold spells.

Talking of which, Oymyakon, Siberia is the coldest inhabited community on earth. The 500 or so inhabitants brave winter temperatures that fall to -67° C (- 89° F).

The highest temperature ever recorded was 58 degrees centigrade (136 degrees F) at Al’Aziziyah in Libya, on September 13, 1922.

The longest lasting rainbow occurred on August 14, 1979 on the coast of Gwynedd, North Wales – it lasted for 3 hours.

How was weather there by you today?