Home » famous » English kings did not speak English for 300 years

English kings did not speak English for 300 years

Edward the Confessor grew up in Normandy, France while his half-brother Hardicanute was ruling England. At Hardicanute’s death in 1042, Edward took the throne and surrounded himself with his Norman favorites. In 1051, he named William, Duke of Normandy, heir to the English throne but it was taken by Harold II in January 1066.

Nine months later, at the Battle of Hastings, William conquered England, hence William the Conqueror. For the next 300 years, the rulers and nobility of England spoke French, not English. 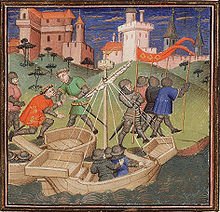