The guy behind Guy Fawkes

The Tudor dynasty in Britain came to an end when Elizabeth I died in 1603. The crown was passed to James of Scotland, heralding the Stuart line rulers. The new king was called James VI in Scotland and James I in England.

James was the son of Mary, queen of Scots, and her second husband, the feeble Henry Stuart, Lord Darnley. Born 1566, he became king of Scotland the next year when his mother was forced to abdicate. Although Mary was Catholic, James remained a staunch Protestant. He alienated both the Puritans and Catholics by attempting to bring about a closer union between Scotland and England. The Catholics plotted his death with the intention of bringing a Catholic king to the throne.

In November 1605, a group of Catholics, led by Robert Catesby, hid 36 barrels of gunpowder in a cellar under Parliament House. One of the plotters warned a friend, Lord Monteagle, a Catholic peer, to stay away from the State Opening. On 5 November Monteagle and the Lord Chamberlain investigated the cellars and came upon a man, who gave his name as Guy Fawkes, piling wood. The man claimed that the wood belonged to his master, Lord Percy. They let him go but on closer inspection they discovered the barrels of gunpowder. When Fawkes, a 35-year-old Yorkshireman, returned at midnight to make final preparations for the explosion, he was arrested.

The plotters had tunneled into the cellars from a house adjoining the Parliament buildings. They recruited Fawkes to take charge of the explosion because he was for his coolness while serving, in the Netherlands, in the Spanish Army. All the conspirators, including Guy Fawkes, were executed.

What is celebrated on Guy Fawkes Day?

Supporters of King James celebrated when they heard that the gunpowder plot was foiled. However, Guy Fawkes Day has been celebrated widely only since 1752. On the night of the anniversary, fireworks were exploded, bonfires were lit, and stuffed figures called guys were tossed into the fire. In colonies where British rule was opposed, the day was celebrated for Fawkes’ efforts. Today, 5 November – Guy Fawkes Day or Bonfire Night – is a fun day known mostly only for the firework displays. 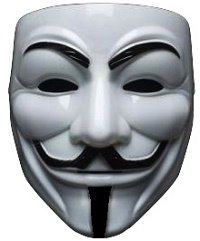 British illustrator David Lloyd based the mask he designed for the comic strip V for Vendetta on the story of Guy Fawkes. The mask was adopted by the Anonymous movement.

James I, at whom the gunpowder plot was aimed on Guy Fawkes Day, was disliked by Puritans and Catholics alike. The gunpowder plot was planned by Catholics who felt oppressed under his rule. Of the Puritans he said: “I will make them conform or I will harry them out of the land.” He carried out the threat and thousand of Puritans went to America during the Great Migration of 1630-40. The emigration stopped for a while when the English Civil War gave the Puritans control of the government.

Although James I allowed the decay of the English navy, it was during his reign that colonial expansion began and the British Empire was born. The colony of Jamestown, Virginia, was started in 1607.

James I instructed scholars to prepare a new translation of the Bible, called the King James Version. It was published in 1611 and remains in common use today.

Please keep in mind that dogs, cats and other pets have very sensitive hearing. Most animals fear fireworks. Please prepare your pets for Guy Fawkes Day.