Napoleon’s christening name was Italian: Napoleone Buonaparte. He was born on the island of Corsica one year after it became French property. As a boy, Napoleon hated the French. Still, he attended the Paris Military Academy, and became a French lieutenant at age 16.

Napoleon was in Paris during the French revolution, and when France became a Republic on 10 August 1792, he was promoted to the rank of Captain.

After defeating the Italian armies in 1796 and the Austrians in 1797, he was made General.

In November 1799, he overthrew the French Directory to become First Consul of the government. He called himself Napoleon I.

In 1804, a mere 12 years after the monarchy was disposed of in the French Revolution, Napoleon secured a vote to change France from a consulate to an empire. Napoleon became Emperor of France. 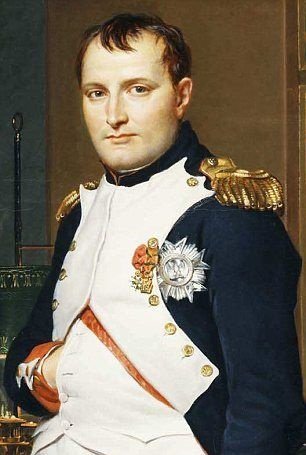 By 1812, Napoleon had wiped out the last traces of the Holy Roman Empire and conquered most of Europe. But after a disastrous battle against Russia, his enemies struck back.

Napoleon was sent into exile on Elba, a tiny island off the coast of Italy. In March 1815, he escaped and marched toward Paris with thousands of his old guard. For a brief time, known as the Hundred Days, Napoleon returned to his former glory. He was finally defeated by a combined English and Prussian force on June 18, 1815 at the Battle of Waterloo in Belgium.

Accompanied by some of his generals who chose to go into exile with him, Napoleon lived in Longwood House on St. Helena. He passed time by dictating his memoirs and playing billiards.

The wallpaper in his room was dyed with Scheele’s Green, a coloring pigment that had been used in fabrics and wallpapers from around 1770. The wallpaper was named after the Swedish chemist who invented it the dye contained copper arsenide.

In 1893, an Italian biochemist called Gosio discovered that if wallpaper containing Scheele’s Green became damp, the mold converted the copper arsenide to a poisonous vapor form of arsenic. Breathing the arsenic on its own might not have been enough to kill Napoleon, but he already was ill with a stomach ulcer. On the May 5, 1821, the arsenic possibly tipped the scale against “the little corporal.”

Napoleon was buried on St Helena, but his body was later reburied in Paris on the banks of the Seine. His wish to be cremated was not respected.

Napoleon married Josephine de Beauharnais, a widow with two children, on March 9, 1796. The marriage was childless and he divorced her in 1809.

The next year he married Marie Louise, the 18-year old daughter of the Hapsburg Emperor of Austria. Within a year she had given Napoleon a son whom he named the King of Rome.

Although Napoleon is now known as “the little corporal” he actually was of average height. His height was mentioned by doctors – including his own doctor, Francesco Antommarchi, who carried out the autopsy on Napoleon – as 5 foot 2 inches by the French measurement; which is correct because, at the time, the French foot was slightly longer than the English foot measurement, corresponding to Napoleon being 5 ft 6.5 inches tall, the average height of men in those days. 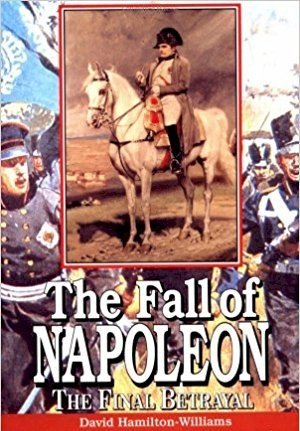 Was he a tragic figure or a flawed genius?

“Four hostile newspapers are more to be feared than a thousand bayonets.”
“A man will fight harder for his interests than for his rights.”
“From sublime to ridiculousness there is only one step.”
“China is a sleeping giant. When she awakes, she will shake the world.”