Comparing today with 100 years ago

How times have changed! 100 years ago there were less than 20,000 motorcars in the whole world, a lot of them being electric cars. The maximum speed limit in most cities was 10 mph (16km/h).

Most women washed their hair only once a month using egg yolks for shampoo. Eggs cost about 10 cents per dozen then. 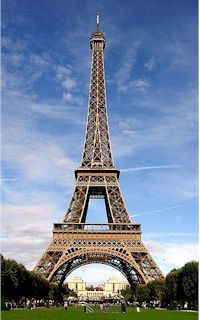 Eiffel Tower – the highest building in the world 100 years ago

In 1910, the population of the United States was 92 million and the world population was 1.7 billion people.

Cannabis and heroin were available over the counter at corner drugstores. And pneumonia and influenza were the leading causes of death.

Today, more cars are manufactured than the demand for them. There are about 1 billion cars and light trucks on the road, almost half of them in the United States.

The maximum speed limit in most cities is 35 mph (56 km/h), yet the traffic is so congested that the average speed is just over 10 mph.

Women wash their hair on average once a week – using any of thousands of products. Eggs cost $2 per dozen on average.

Today, the population of the United States numbers more 300 million and more than 7 billion people roam the earth.

Cannabis is not available over the counter – bar a few countries – and is very expensive.

And the leading causes of death are heart attacks, cancers, strokes, and motorcar accidents.