Fast facts about art and artist

When Leonardo da Vinci’s Mona Lisa was stolen from the Louvre in 1912, 6 replicas were sold as the original, each at a huge price, in the 3 years before the original was recovered.

Vincent van Gogh, the world’s most valued painter, sold only painting in his entire life – to his brother who owned an art gallery. The painting is titled “Red Vineyard at Arles.”

Picasso could draw before he could walk and his first word was the Spanish word for pencil.

The Statue of Liberty is the largest hammered copper statue in the world.

The Charging Bull statue near Wall Street was made by sculptor Arturo Di Modica who paid the product cost of US$350,000 out of his own pocket. The statue weighs 7,000 pound (3,175 kg) statue was placed on a New York City street in 1987 without city permits but was eventually moved to the Financial District, steps away from Wall Street. 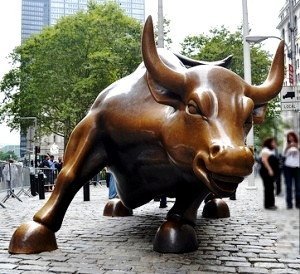 The Fearless Girl statue facing the Charging Bull statue near Wall Street was created by Kristen Visbal and installed in 2017.

Shanghai also has a bull statue, the Bund Financial Bull, also sculptured by Arturo Di Modica. It weighs 5,000-pound (2,300 kg) but is the same height and length as the New York City Charging Bull. It was unveiled on The Bund in Shanghai on May 15, 2010. 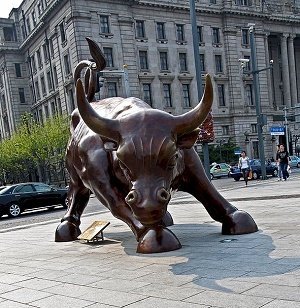 The largest horse statue in the world, the Zizkov Monument in Prague, stands 30 ft (9 m) tall.

The largest statue in the world is Mount Rushmore National Memorial, featuring the heads of four US Presidents – George Washington, Thomas Jefferson, Theodore Roosevelt and Abraham Lincoln – carved into the Black Hills near Keystone. The heads are 60 ft (18 m) tall.

The Easter Island Heads actually have bodies – the bodies are buried under the ground. When Auguste Rodin exhibited his first important work, The Bronze Period, in 1878 it was so realistic that people thought he had sacrificed a live model inside the cast.

Rodin died of frostbite in 1917 when the French government refused him financial aid for a flat, yet they kept his statues warmly housed in museums.

When young and impoverished, Pablo Picasso kept warm by burning his own paintings.

Even though he was nominated for an Oscar in 2011, was named Person of the Year in 2014 and won many awards, no-one knows the real name of the world’s most famous graffiti artist, Banksy. The Mona Lisa has no eyebrows; it was the fashion in Renaissance Florence to shave them off.

X-rays of the Mona Lisa show that there are three completely different versions of the same subject, all painted by Leonardo Da Vinci, under the final portrait.

On a trip to the South Sea islands, French painter Paul Gauguin stopped off briefly in Central America, where he worked as a laborer on the Panama Canal.

The famous human-like Halloween pumpkins were created by Ray Villafane (b. 1969). He is called the Picasso of Pumpkin Carving. The tango originated as a dance between two men, mostly sailors (for partnering practice).

Professional ballerinas use about twelve pairs of toe shoes per week.

New Jersey has a spoon museum featuring over 5,400 spoons from every state and almost every country.

Andy Warhol created the Rolling Stone’s emblem depicting the big tongue. It first appeared on the cover of the ‘Sticky Fingers’ album.

3D trick-of-the-eye murals as those painted on the sides of buildings by artist Eric Grohe and John Pugh take months to complete. 3D mural by John Pugh, on Main Street, Los Gatos, California. The woman peering into the ruin is part of the mural. Img by John Pugh, Barcroft Media.

Leonardo da Vinci could write with the one hand and draw with the other simultaneously.

Michelangelo (1475-1564) collaborated with assistants on painting the ceiling of the Sistine Chapel. He was 71 years old at the time and did not paint his bits on his back, suspended inches from the ceiling. The painting was unveiled unfinished in November 1509. It was restored 1979-1999.