The harmonica is the world’s best-selling music instrument.

Music was sent down a telephone line for the first time in 1876, the year the phone was invented.

It was at a concert in Minneapolis in 1954 that Al Dvorin first closed Elvis’s concerts with: “Ladies and Gentleman, Elvis has left the building. Thank you and good night.”

Ariana Grande (b. 1993) was the first person in history to have the lead single from each of her first three albums debut in the top 10 of the Billboard Hot 100. 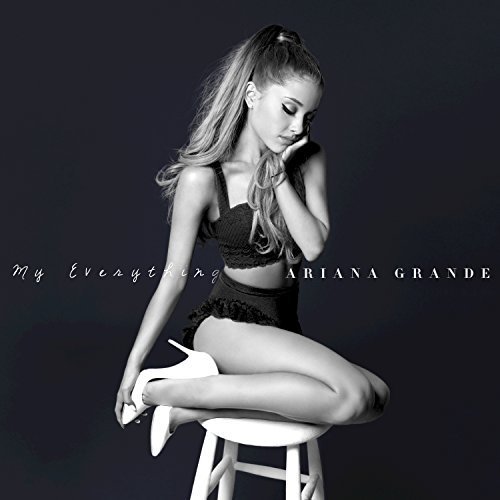 The longest song to reach number one on the Billboard charts on LP was “I’d Do Anything For Love (But I Won’t Do That)” by Meatloaf, the shortest: “Stay” by Maurice Williams and the Zodiacs.

At the first Grammy Awards, held on 4 May 1959, Domenico Modugno beat out Frank Sinatra and Peggy Lee for the Record of the Year, with “Volare.”

U2 was originally known as Feedback. To date, U2 have sold more than 70 million records.

The Dave Matthews Band is the only group to have 6 consecutive studio albums debut at the top of the Billboard chart.

During the 2010s, 40 billion songs were downloaded illegally every year, that was approximately 90% of all music streaming.

Top-selling albums used to reach sales of 20 million copies before the advent of online piracy – by 2009 it had dropped to about 5 million.

During the 1990s, the number of recorded CDs and blank CDs sold were about equal.

About one-third of recorded CDs ever sold were pirated.

The Star-Spangled Banner became the US national anthem in 1931. Prior to that, it was My Country “Tis of Thee,” which had the same melody as Britian’s national anthem God Save the Queen, which is based on music written by John Bull in 1619. Bull’s melody has been used more than any song in national anthems.

The British anthem was performed the most times in a single performance. In 1909, while waiting for King Edward VII who was getting dressed a German band played the anthem 17 times.

The Beatles song “Martha My Dear” was written by Paul McCartney about his sheepdog Martha.

Tap dancing originates from Irish clog dancing and what is called the Irish reel and jig.

Elvis’s favorite collectibles were official badges. He collected police badges in almost every city he performed in.

Elvis was an avid gun collector. His collection of 40 weapons included M-16s and a Thompson submachine gun.

Duran Duran took their name from a mad scientists in the 1968 Jane Fonda movie Barbarella.

The world’s largest disco was held at the Buffalo Convention Centre, New York, 1979. 13,000 danced a place into the Guinness Book of World Records.

In August 1983, Peter Stewart of Birmingham, UK set a world record by disco dancing for 408 hours.

Annie Lennox has won more Brit awards (8) than any other female artist.

Ireland has won the most Eurovision song contests (7 times).

The Ocarina, a musical wind instrument, is also known as the Sweet Potato.

A grand piano can be played faster than an upright (spinet) piano.

A piano covers the full spectrum of all orchestra instruments, from below the lowest note of the double bassoon to above the top note of the piccolo.

The last note of a keyboard is C.

The longest living person on record, Jeanne Louise Calment (21 February 1875 – 4 August 1997), released a CD on her 121st birthday in 1996. Titled “Time’s Mistress” it features Ms Calment reminiscing to a score of rap music and other tunes.

The first pop video was Bohemian Rhapsody by Queen, released in 1975.

Themes from movies Unforgiven, A Perfect World, The Bridges of Madison County, and Absolute Power were all written by Clint Eastwood.

The only guy without a beard in ZZ Top last name (surname) is Beard.

Since its launch in 1981 the song “Memory” of the musical Cats has been played on radio more than a million times.

Paul McCartney was the last bachelor Beatle when he married Linda Eastman in a civil ceremony in London, 1969. Paul’s brother Mike was his best man. No other Beatle attended the wedding.

There are 6 versions of Franz Schubert’s “Die Forelle” (“The Trout”), simply because when friends asked him for copies of the song, he wrote out new copies to the best he could remember at the time.

In 1952, John Cage composed and presented 4’33”, a composition consisting of 4 minutes and 33 seconds of silence.

The Carpenters signature song, “We’ve Only Just Begun,” was originally part of a television commercial for a California bank.

In 1972, Leslie Harvey of Stone the Crows died after being electrocuted onstage in England. In 1976 Keith Relf, who used to play for The Yardbirds, was electrocuted by his guitar while playing in his basement.

During a mid-performance in 1994 Ramon Barrero, a Mexican musician famous for playing the world’s smallest harmonica, inhaled the harmonica and choked to death.

In May 1997, Paul McCartney broke his own world record by obtaining his 81st gold disc.

The Beatles holds the top spot of album sales in the United States, with 178 million sold. They also hold the top spot for singles sales – 1.6 billion.

Following The Beatles on the chart for highest-certified music artists in the United States are Garth Brooks (148 million albums), Elvis (136 million) and Led Zeppelin (112 million).