Origin and meaning of words

The words “sacrilegious” and “religion” do not share the same etymological root.

The only 15-letter word that can be spelled without repeating a letter is “uncopyrightable.”

Crack gets it name because it crackles when you smoke it.

Marijuana is Spanish for “Mary Jane.”

Heroin is the brand name of morphine once marketed by Bayer.

The Old English word for “sneeze” is “fneosan.”

The word “modem” is a contraction of the words “modulate, demodulate.”

The word “sheriff” comes from Shire Reeve. During early years of feudal rule in England, each shire had a reeve who was the law for that shire.

The first code of law for Athens and Greece was published in 621 BC by Draco. The penalty for many offenses were so severe that the word “draconian” comes from his name.

Homophones are words that sound the same, but are spelled differently – such as “peace” and “piece”, or “Stuart” and “Stewart”. 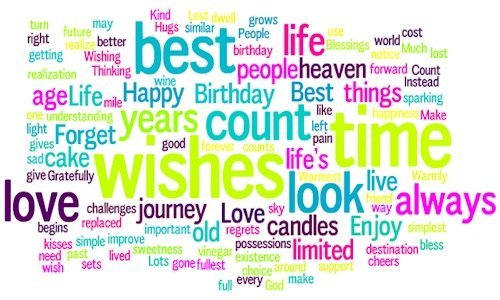 The word “taxi” is spelled the same in English, French, German, Portuguese and Swedish.

Beelzebub is Hebrew for “Lord of the Flies”.

The word “gymnasium” comes from the Greek word gymnazein which means “to exercise naked.”” – see Olympics.

The word “Checkmate” in chess comes from the Persian phrase “Shah Mat”, which means “the king is dead”.

The word “samba” means “to rub navels together.”

The term “torpedo” comes from the Torpedo fish, which is a type of ray that delivers an electric shock to stun its prey.

“Crayola” is a French word that means “Oily chalk.””

“Dreamt” is the only English word that ends in the letters “mt.”

“Vodka” is Russian for “little water”.

During the 1880’s “pants” was considered a dirty word in England.

“Islam” or “Muslim” only entered the English language in the 17th Century. Before that the followers of that religion mostly were referred to as “Saracens”, a name taken from one of Abraham’s illegitimate offspring who was believed to have founded the original twelve Arab tribes.

The word “Taliban” means “students of religion” in Pashto.

The word “infidel” is from the Latin perfidi, meaning “unfaithful.”

The radio code Wilco is short for “will comply.”

The word “Machiavellian” is named after Niccolo Machiavelli, who was friends with Leonardo da Vinci.

The word “mugwump” was coined by journalist Charles Anderson Dana (1819 – 1897). A mugwump “is a person who remains aloof or independent, especially from party politics.”

The word “electric” was first used in 1600 by William Gilbert, doctor to Queen Elizabeth I.

The word “biology” was coined in 1805 by Jean-Baptiste Lamarck.

Before the year 1000, the word “she” did not exist in the English language. The singular female reference was the word “heo,” which also was the plural of all genders. The word “she” appeared only in the 12th century, about 400 years after English began to take form. “She” probably derived from the Old English feminine “seo”, the Viking word for feminine reference.

“Xmas” does not begin with the Roman letter X. It begins with the Greek letter “chi,” which was used in medieval manuscripts as an abbreviation for the word “Christ” – (xus = christus, etc.). See more Christmas facts.

The dot over the letter “i” is called a tittle.

The Chinese ideogram for “trouble” symbolizes “two women living under one roof”.

The ampersand (&) is a stylized version of the Latin word “et,” meaning “and.”

The language Malayalam, spoken in parts of India, is the only language whose name is a palindrome.

The combined Wikipedias for all languages other than English greatly exceed the English Wikipedia in size, consisting of than 27 billion words in 40 million articles in 293 languages.

The word “Mayday” used for signaling for help (after SOS) comes from the French term “M’aidez” which is pronounced “MayDay” and means, “Help Me.” – S.O.S. doesn’t stand for “Save Our Ship” or “Save Our Souls” — It was just chosen by an 1908 international conference on Morse Code because the letters S and O were easy to remember and just about anyone could key it and read it, S = dot dot dot, O = dash dash dash.

The word “posh,” which denotes luxury, is said to have originated when ticket agents in England marked the tickets of travelers going by ship to the Orient. Since there was no air conditioning in those days, it was always better to have a cabin on the shady side of the ship as it passed through the Mediterranean and Suez area. Since the sun is in the south, those with money paid extra to get cabin’s on the left, or port, traveling to the Asia, and on the right, or starboard, when returning to Europe. Hence their tickets were marked with the initials for Port Outbound Starboard Homebound, or POSH. 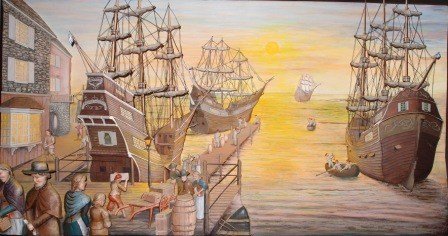 Leon Trotsky coined the word “racist” in 1918; it first appeared appeared in print in 1930.

Raphael Lemkin, a Polish-Jewish lawyer, coined the term “genocide” in 1943.

The word “bigot” refers to a person who is utterly intolerant of any differing believe, creed or opinion.

A “fauxticle” is a news article that is obviously fake yet perceived as more believable than real news, thus “fake news.”

The word “news” actually is an acronym for the 4 cardinal compass points – North, East, West, and South – thus news from all corners of the earth.

Question: Which words in the English language end with “gry?”