Jack Mercer was the voice of Popeye the Sailor for 45 years.

Mel Blanc, who played the voice of Bugs Bunny, was allergic to carrots.

C3PO is the first character to speak in Star Wars.

Dracula is the most filmed story of all time, Dr. Jekyll and Mr. Hyde is second and Oliver Twist is third.

The longest movie in the world according to Guinness World Records is “The Cure for Insomnia,” directed by John Henry Timmis IV. Released in 1987, the running time is 5,220 minutes (87 hours).

The first movie to use sound was “The Jazz Singer,” released in 1927: the first words, spoken by Al Jolson, were: “Wait a minute, you ain’t heard nothing yet.”

Towards the end of the Forrest Gump, Forrest narrates that his wife died on a Saturday. When he is at her grave in the next scene, the tomb stone shows her passing on March 22, 1982, which is a Monday.

The most translated film of all time is the Jesus film, based on the Gospel of Luke. It has been dubbed in 1 112 languages and has been screened in all the countries in the world, albeit some in private viewings.

The longest kiss in a movie is in Andy Warhol’s Kiss. Rufus Collins and Naomi Levine kissed for the entire 50 minutes of the movie.

In the 1926 film version of Don Juan actor John Barrymore set the record for the most kisses ever in a single film. Barrymore embraced Mary Astor and Estelle Taylor 127 times.

On average, a movie makes about 5 times more from its DVD sales than ticket takings.

The first animation picture to be nominated for Best Picture Oscar was Disney’s Beauty and the Beast in 1991 – it did not win, however. See the list of Oscar winners for the 1990s.

The largest movie theater in the world, Radio City Music Hall in New York, opened in 1932 – it seats almost 6,000 people.

Bill Hanna and Joe Barbera, created Tom and Jerry in 1939.

In 1937 Disney won a special Oscar for the first full-length animation: “Snow White and the Seven Dwarfs.”

The Walt Disney company was founded in 1923, and in 1927 Walt came up with the idea for an animated mouse called Mortimer Mouse. His wife Lillian convinced him to change it to Mickey Mouse.

In 1919, 18-year-old Walt Disney teamed up with Ub Iwerks, to produce a series of cartoons entitled “Alice in Cartoonland.”

The first film animation was “Humorous Phases of Funny Faces” made in 1906 by American J. Stuart Blacton.

The first word spoken by an ape in the movie Planet of the Apes was “Smile”.

Sophia Loren, one of the only actresses to win an Oscar, Grammy, and Golden Globe awards. ??

The first American commercial picture was filmed in 1908 in Los Angeles.

The first Hollywood (which was annexed to LA in 1910) picture was produced in 1911. By 1920 the California motion-picture industry was making more money than the orange crop.

The Hollywood sign was first erected in 1923 as a real estate advertisement, originally as Hollywoodland. 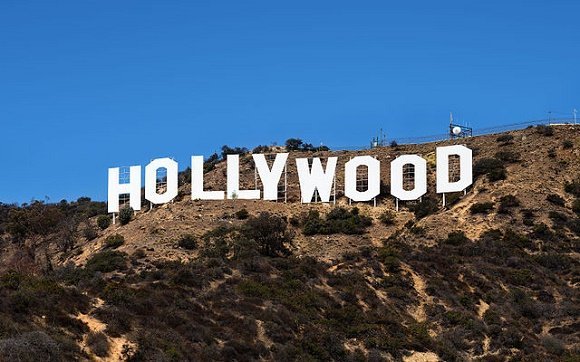 The Lord of the Rings was first released as an animated movie in 1978, directed by Ralph Bakshi.

The new version, The Lord of the Rings: The Fellowship of the Ring took over $70 million in its first week of release, December 2001.

In the 1983 film “JAWS 3D” the shark blows up. Some of the shark guts were the stuffed ET dolls being sold at the time.

US Senator Barry Goldwater attended the opening night ceremonies and festivities at Bugsy Siegel’s Las Vegas casino. Apparently he was furious that he was left out of the movie Bugsy.

There are 22 stars surrounding the mountain on the Paramount Pictures logo.

A walla-walla scene is one where extras pretend to be talking in the background.

One of the many Tarzans, Karmuela Searlel, was mauled to death on the set by a raging elephant.

Debra Winger was the voice of E.T.

Mickey Mouse is known as “Topolino” in Italy.

David Prowse, was the guy in the Darth Vader suit in Star Wars. He spoke all of Vader’s lines, and didn’t know that he was going to be dubbed over by James Earl Jones until he saw the screening of the movie.

The movie “Paris, Texas” was banned in the city of Paris, Texas, shorty after its box office release.

In the Wizard of Oz Dorothy’s last name is Gail – you can see it on the mail box.

Lord of the Rings: Return of the King” has the highest body count of any movie ever made with 836 on-screen deaths.

In 1895, French brothers Auguste and Louis Lumiere demonstrated a projector system in Paris. In 1907 they screened the first public movie.

More movies are being produced in India than in Hollywood. About 800 movies are released annually.

Of the 6 men who made up the Three Stooges, three of them were real brothers (Moe, Curly and Shemp.)

The first toilet being flushed in a motion picture was in the movie Psycho.

Arnold Schwarzenegger’s voice, in the movie ‘Hercules’, was dubbed.

Halle Berry’s stunt double in the movie Catwoman is a man.

In Mel Brooks’ Silent Movie, mime Marcel Marceau is the only person who has a speaking role.

One of the many Tarzans, Karmuela Searlel, was trappled to death on the set by a raging elephant.

There have been 47 Charlie Chan Movies, with six actors playing the part – none were Chinese.

The mask used by Michael Myers in the original Halloween was a Captain Kirk mask painted white.

The are six fictional characters that have stars on Hollywood’s ‘Walk of Fame’.

Roger Ebert is the only film critic to have ever won the Pulitzer prize.

A celebrity is someone who works hard all his life to become known and then wears dark glasses to avoid being recognized.