Earth is the densest planet in the solar system and the only one not named after a god.

The names of all the continents end with the same letter that they start with.

There is zero gravity at the center of earth.

All of the Earth’s continents are wider at the north than in the south.

One year on earth is 365.26 days long. One day is 23 hours, 56 minutes, and 4 seconds long. The extra day in a leap year was introduced to compensate for the discrepancy in the Georgian calendar.

Earth is not completely round; it is slightly pear-shaped. The North Pole radius is 44mm longer than the South Pole radius.

Earth is slowing down: each day is longer than the previous by 0.00000002 seconds which is 13 seconds each century. In a few million years there won’t be a leap year.

The Atlantic Ocean is saltier than the Pacific Ocean.

“Yucatan”, as in the peninsula, is from Maya “u” + “u” + “uthaan,” meaning “listen to how they speak,” what the Maya said when they first heard the Spaniards.

The smallest mountain range in the world is outside of Marysville, California and is named the Sutter Buttes.

It is estimated that, annually, the amount of garbage dumped into the world’s oceans is 3 times the weight of fish that is caught from the oceans.

Europe is the only continent without a desert.

The earth is .02 degrees hotter during a full moon.

The earth rotates more slowly on its axis in March than in September.

The earth travels through space at 660,000 miles per hour.

The Earth gets 100 tons heavier every day due to falling meteoric dust.

During a total solar eclipse the temperature can drop by 6 degrees Celsius (about 20 degrees Fahrenheit).

The United States has one of the highest fire death rates in the industrialized world, with more than 2 million fires reported each year.

More than 70% of earth’s dryland is affected by desertification.

The Sahara desert expands at about 1 km per month.

There are 1040 islands around Britain, one of which is the smallest island in the world: Bishop’s Rock.

The coast line around Lake Sakawea in North Dakota is longer than the California coastline along the Pacific Ocean.

The magnetic south pole is off the coast of Wilkes Land in Antarctica.

The magnetic north pole is near Ellef Ringes Island in northern Canada. Also see What you should see from the North Pole. 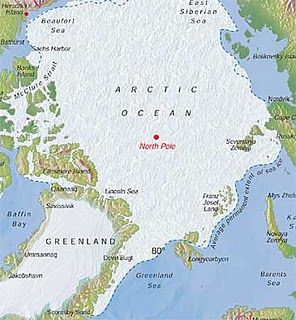 On average, 20,000 earthquakes are located each year.

Every year, Alaska has about 5,000 earthquakes.

Plates carrying the continents migrate over the earth’s surface a few inches per year, about the same speed that a fingernail grows.

About 500 small meteorites fall to earth every year but most fall in the sea and in unpopulated areas.

There is no verified record of a person being killed by a meteorite but animals are occasionally hit.

The deepest mine in the world is Western Deep Levels near Carltonville, South Africa. It is 4,2km (2.6 miles) deep.

The one place where a flag flies all day, never goes up or comes down, and does not get saluted, is not on earth but the moon.

Love Earth – it is the only planet with chocolate!